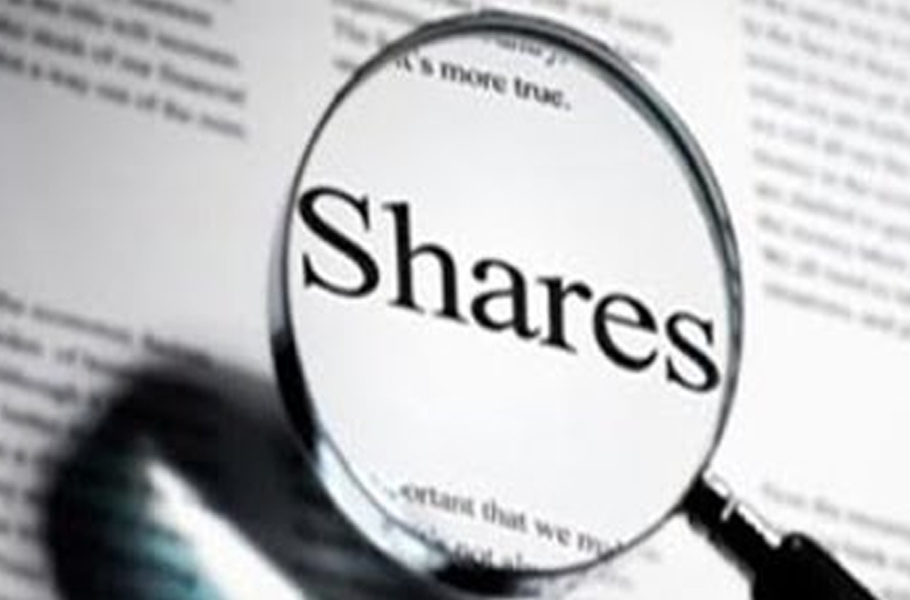 The amendments in the Commercial Act, introduced in the end of 2017, imposed certain restrictions on transfers of shares in limited liability companies and transfer of commercial enterprises, in cases where the relevant companies have pending employment and social security obligations.

The newly added clauses gave clear and logical social message, but did not provide any guidance on the most important question – how can the transferor and the company itself practically prove their compliance with the new rule.

The aforementioned amendments led to the sabotage of many transfer attempts at the stage of their registration in the Commercial Register. This statutory gap became the reason for subsequent revisions of the relevant clauses and in February 2018 the missing clarity was finally achieved.

The latest amendments of the the Commercial Act (in force since 16.02.2018) introduce a clear and explicit rule on how to declare the absence of due and unpaid salaries and social security obligations. This shall happen by the means of a written declarations, submitted both by the transferor of the shares and the manager of the company, within which the shares are being transferred (details bellow).

With Ordinance of 16 of February 2018 the Minister of Labour and Social Policy and the Minister of Justice have adopted the templates of the new declarations require in cases of ownership transfers within a company – both in cases of transfer of shares and of the whole commercial enterprise.

III. More about the proceedings

Art. 129 of the Commerce act regulates the transferring of shares. The quoted article envisages two types of share transfers:

Company shares may be transferred freely between the shareholders. The recent amendments in the Commercial Act concern only share transfers to external third parties.

What is new? According to the second paragraph of Art.129 in the event share transfer both the company’s manager and the transferor shall submit in the Register of Companies a Declaration, stating that all remunerations, indemnities and social security contributions required by law have been paid to the employees of the company.

* Employees, whose employment relationship has been terminated within 3 years prior to the company transfer, are also envisaged by the amended article 129.

The commercial enterprise, viewed as the full set of rights, obligations and factual relations within a certain company, may also be a subject to a transfer transaction such as sale, exchange, donation etc. The transaction shall be announced in the Commercial Register at the same time in the accounts of the transferor and the transferee.

What is new? The registration of this transfer in the Register of Companies is be done after the filing of a Declaration by the transferor, having the same content as the declaration, required upon transfer of shares in Ltd. (see the above paragraph).

Art. 16 (3) of the Commercial Act considerably expands the authority of the Executive Agency “General Labour Inspectorate”. Now the said Executive Agency may verify the authenticity of the declared facts (by signal or on its own initiative.)

False statement of facts in the above-described declarations are subject to prosecution.

This publication is written in the context of Bulgarian legislation, effective on February 16, 2018.Please note that future amendments in the relevant legislative acts, court decisions or opinions of official authorities or other sources of legal obligations, which became effective after the quoted date, may affect the accuracy of the information above. This is one-time publication and Prosperamo is not responsible to keep it up-to-date. For more information – please read the following disclaimer.

Join an exclusive community of business & legal professionals, directors and c-level execs from various industries who will be the first to receive eye-opening, know-how rich and mind-alerting legal analysis, reports, insights and news that help you better lead your business. 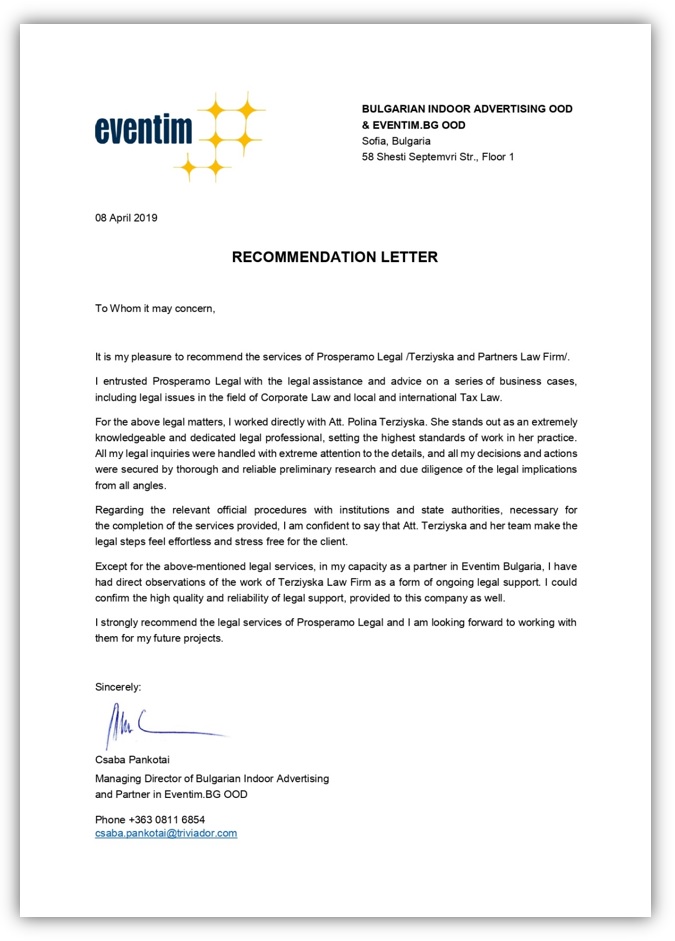 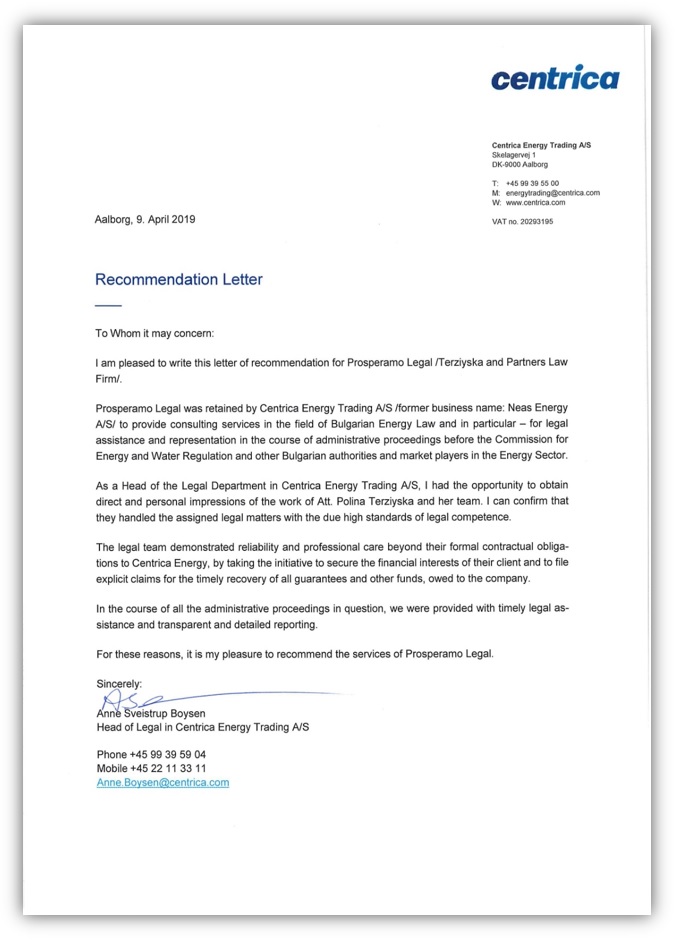 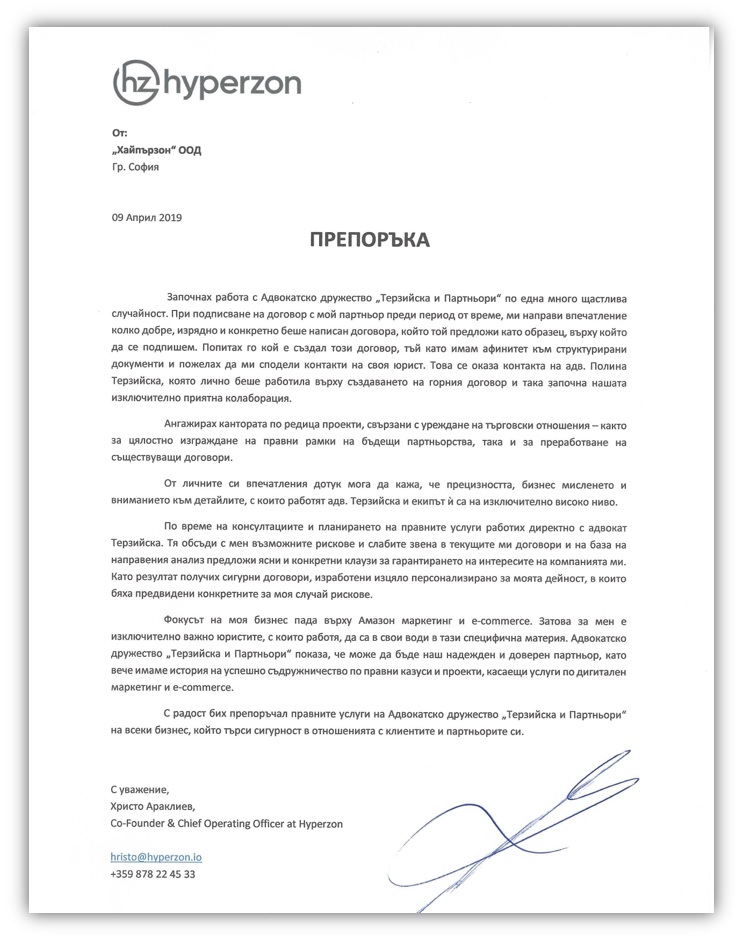 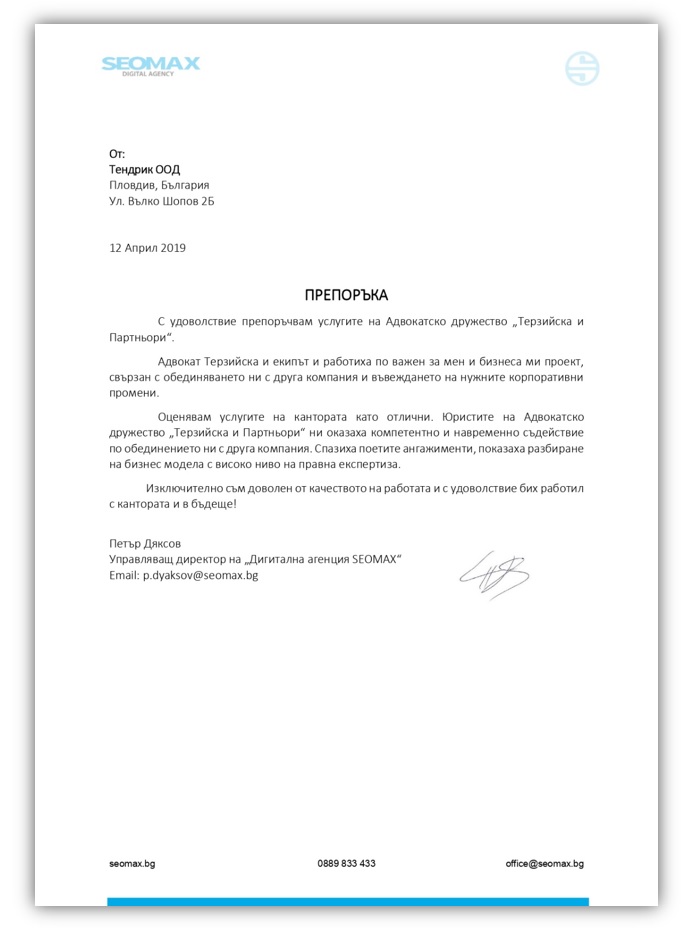